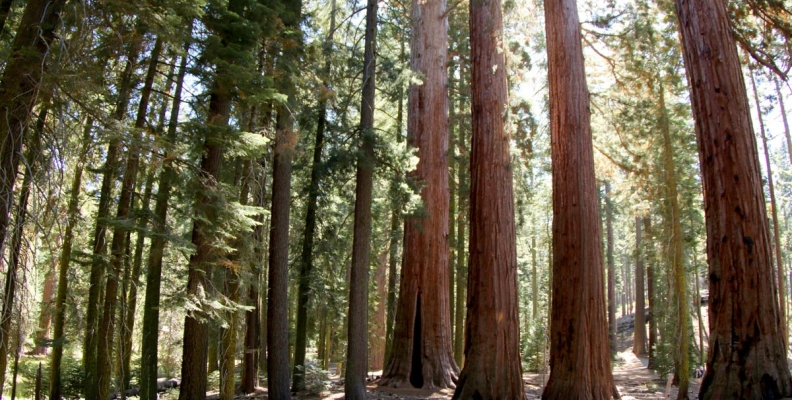 A very different living organism is explored as National Parks Adventure heads to Redwood National Park in California: home to some of the tallest, widest and oldest trees on earth. The MacGillivray Freeman team was thrilled to bring IMAX® photography to the “Emerald Giant,” a massive tree more than 300-feet tall currently being studied by world-renowned married botanists Steve Sillett and Marie Antoine of Humboldt State University, who regularly spend their days suspended in the arboreal canopy.

“To shoot the Emerald Giant, we built a wire dolly—the NFL regularly uses them now but we’ve actually been doing it for more than 20 years,” notes director Greg MacGillivray. “We worked on that shot for three days and it was an amazing time for us amid the peacefulness and majesty of the forest. When you see how devoted these scientists are to the trees and all the life in them it just really gets exciting. I’m very moved by the idea that the trees have as much to give us as we have to give them—they’ve endured for so long and we’re just beginning to eke out an understanding of them.”

Adds producer Shaun MacGillivray: “I find the sequence in Redwood National Park is one of the most spiritual parts of the film. We look at the trees from a science perspective, at all they have to teach us, but we also had a chance to reveal the pure awe they strike you with in aerials no one has ever seen.”

Greg sees the trees as a symbol of why the National Park Service is so important to the American future. “It fills you with hope to see these ancient trees, which host animals science is only just discovering, thriving in sanctuaries, knowing they will be protected for another thousand years. There was a time when redwoods were nearly destroyed in humanity’s zeal to build, but now we understand so much more.”

Another spectacular part of America that was nearly lost lies on the opposite coast: Florida’s Everglades. Once dubbed the “Sea of Grass” by Native Americans, today it is the largest mangrove ecosystem in the Western Hemisphere—renown for mystery-laden waterways where people can savor more than 700 plant and 300 bird species, as well as endangered manatees, crocodiles and panthers. But that wasn’t always the case. In the 19th Century, when the Everglades were written off as an inhospitable swampland, the area’s shorebirds, and with them a whole fragile ecosystem, were nearly wiped out. The Everglades flourish today only because of the concerted efforts of early 20th Century conservationists and the establishment of a national park in 1947.

“The Everglades form one of the film’s most beautiful and important sequences,” says Shaun MacGillivray. “It’s a very special place in our nation—one of the most unique, complex, intertwined eco-systems we have. It’s a great place to highlight the success story of protecting America’s wildest places and another glimpse into how many remarkably different kinds of parks you can experience.” 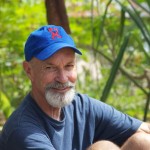 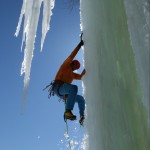